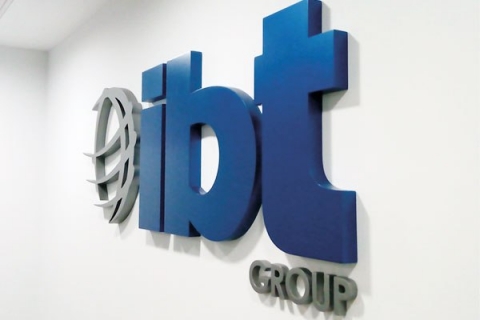 The Minister of Health, Víctor Zamora, confirmed that, finally, IBT Group Peru, a company of Spanish origin with experience in the construction and operation of hospitals in the form of a Private Public Association, will be the new logistics arm of MINSA, in charge of distribution and logistics of medicines and medical supplies throughout Metropolitan Lima.

"We are going to incorporate private logistics," he said. "We have identified a private logistics operator called IBT, which will be responsible for distributing the medications throughout Metropolitan Lima so that the medications can reach the health facilities directly and the patients can receive them without delay and without drops in the system" Zamora stressed.

Zamora, who was accompanied by the President of the Republic, specified that the inclusion in IBT logistics will in principle be a pilot, since in the future he hopes that IBT will also be responsible for the distribution of MINSA medicines in the provinces, and not only until DIRESAS warehouses, as is done today, but to the point of dispensing in hospitals.

At the moment, this pilot also understands that IBT, distributes in various provinces drugs for diseases of high prevalence such as diabetes, hypertension and others. "The platform will also serve for the distribution of medicines, supplies and drugs for other diseases," said Zamora.

The launch of a private logistics arm for MINSA is not a consequence of the pandemic. When Zamora was still an advisor to the Ministry of Health, after the resignation of the position of Dr. Zulema Tomás, the Executive approved a series of Emergency Health Decrees, in which one of them spoke of the reinforcement of CENARES, which is the one that is in charge of centralizing purchases of health and corporate strategies, with a new logistics arm.

“We hope that with this law, 178 purchasing units, diverse, uncoordinated, tedious and sometimes even corrupt, in the near future we can have a single logistics operator. That will take your time. Next year (2020) it will be implemented only in Metropolitan Lima and then throughout Peru and that these functions can be assigned to the Armed Forces and, if we can dream, EsSalud, ”said Víctor Zamora, a medical journal at the time.

THE PRIVATE IS PROJECTED

For its part, IBT, the company in charge of the PPPs in Bata Blanca of the Alberto Leonardo Barton Thomson hospital complexes in Callao and Guillermo Kaelin de la Fuente in Villa María del Triunfo, has had recognized successes in hospital management.

A few months ago he managed to accredit his Polyclinics with the Joint Commission International, being the first in the public sector to have these prestigious quality accreditations in service. By then, it had already created its medicine logistics unit that provides the EsSalud hospitals it administers.

Even last year, in an exclusive interview with Diario Médico, its general manager, Daniel Querub, pointed out that his new logistics business unit was very powerful and that, in addition to supplying the Bartón and Kaelin hospitals, he also worked supplying medicines to the Association of Private Clinics of Peru.

IBT has experience in medicine logistics in countries such as the Dominican Republic and Spain, and has an input warehouse in Lurín, for use in the administration of EsSalud hospitals. However, the service it provides to Private Clinics is not only for the logistics of medications and supplies, but also for the purchase of these using a method that they have described as effective, and which has the particularity in which they they do not pay for the medication until it is delivered to the patient.

“We have a purchasing center for a volume of 500 thousand users and that is very powerful for the ability to work and negotiate with suppliers. No private clinic can reach that ratio, except perhaps some insurers. The model is easy to replicate. For example, we as an operator do not pay for any medication until it has been delivered. Our suppliers or laboratories do not charge for a single product until it has been consumed by our professionals, has not been supplied, or delivered to the patient. It is an end-to-end model”

"We have reached some pacts of stock, and as supplies or medications are used, they are paid. Labs comply. Once a year we tender the entire pharmacy, the sanitary material and we reach agreements with the suppliers that range between 80% and 120% of what was used the previous year to be comfortable, the laboratories or distributors commit to Having that stock and as we are using it, it will be invoiced, ”explained Daniel Querub in 2019.

The IBT executive also pointed out that it has a state-of-the-art laboratory that only works at 20% of its capacity, supplying the hospitals it administers in APP and which could also be useful to the public sector. Even EsSalud was interested in centralizing the tests of all its centers in Lima to this laboratory to speed up its response.